between a firefighter's bedsheets

I put together a photo collage for Jacob so he could 'see' me at work. It helps give him a visual of where I am when he misses me when I'm on shift. When he first started daycare, I made a similar photo album of our little family and his grandparents and all his favourite things and this helped him through the transition..... Anyway, I thought I'd share some of the pictures of my home away from home:

The firehouse.... only the ladder truck in the barn since the engine was running a call: 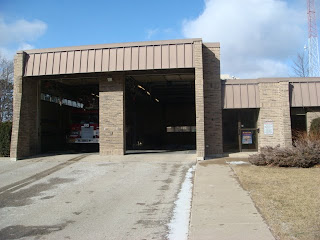 The bay (you've met the trucks in a previous post... so here's a good shot of the backends): 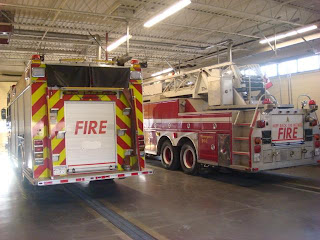 Our little yard for bbq and dining al fresco (although not so much in the winter): 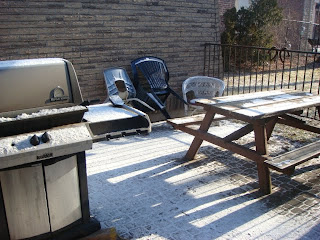 A bit of a weird picture to post but I love the fact that I have my very own bathroom and shower! Not a big deal in most workplaces but a very big deal in a fire station. The first two stations I worked at I had to share bathrooms with the guys which after a chilli dinner was none too pleasant. And forget about showering. No way was I putting my dainty toes in a shower that a bunch of other men used... ick. Most fire stations never had women's washrooms since historically, there was never a need for one since there were no women on the job. Thankfully though, I am in a renovated station and even though this bathroom is no bigger than a closet, I am grateful they thought of me. :) 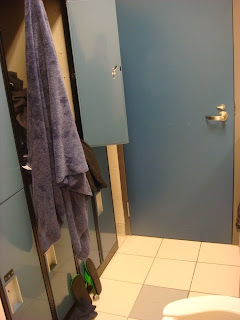 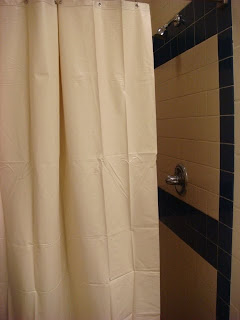 Possibly the most important room in the station... the kitchen! Notice the massive tin of Tim Horton's coffee? lol 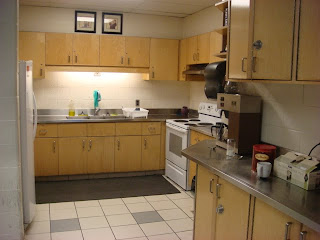 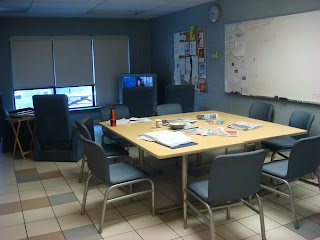 The workout room (which also doubles as another bedroom... those who snore are banished here): 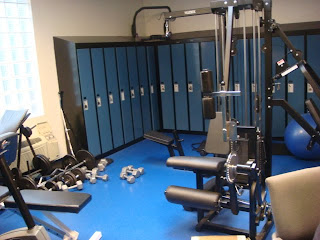 And last but not least, what you've all been waiting for.... the bedroom... lol. This dorm actually sleeps 8 (four bunks along opposite walls) but I couldn't squeeze all the bunks in the picture. We each have a Murphy bed that drops out of the wall. Some guys think it's funny to fold you into the wall when you're sleeping. The Captain's each get their own room. My bed's on the very right. 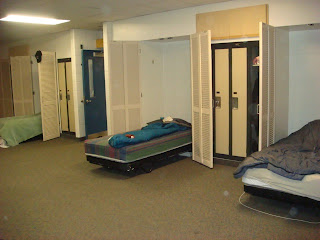 Sorry gals, I didn't include any pictures of the guys.... they were all too camera shy. ;)
Posted by firemama at 8:23 PM